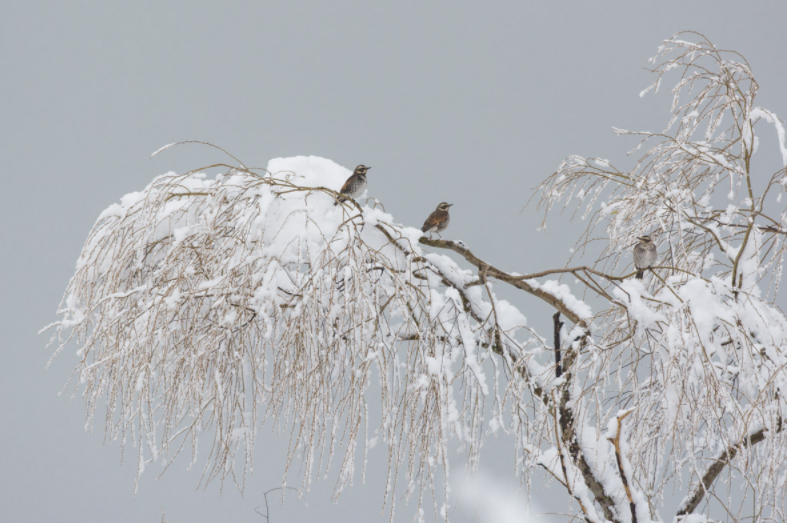 Despite having been living in Tokyo for 5 years, I must admit I spend a deal of time traveling around on my bicycle (many good reasons why). Using an arbitrary multiplier of 0.2, my subway experiences are not dissimilar to that of a 1-year-old Tokyoite. Yet, let me attempt to amuse you.

If you need some background on the complexity of the Tokyo subway system, consider reading this post.

As I enter a carriage operating at a mathematically mind-boggling 200% capacity, I am thankful that summer is yet to come. At the back of my head, I recall that the definition of “200% capacity”. That is, with great finesse, I may be able to read a small book:

But, alas, my arms are pinned to my side and any movement may lead to suspicions of me being a pervert. After all, many subway station compounds and trains are filled with posters such as these: 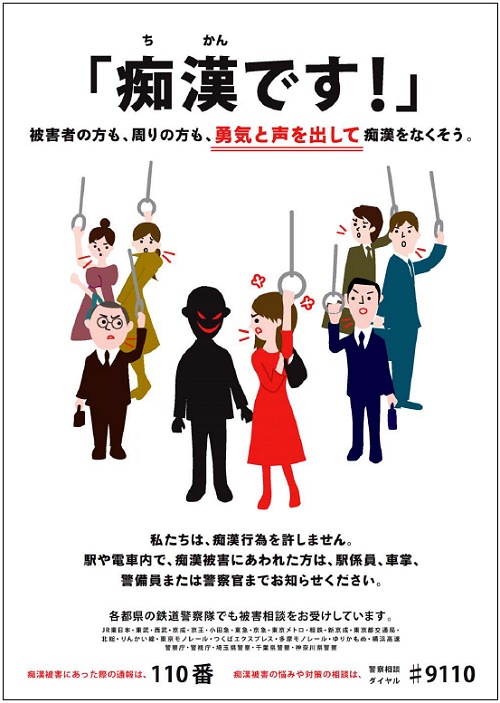 Reminding everyone that perverts are lurking around.

I look around and see a smartly-dressed “ossan” (middle-aged man), somehow having space to play a cutesy mobile game. Near him is a salaryman in a standing-sleeping position (probably due to the 8 hours of overtime the day before). This being the new ordinary, I think back to the more amusing encounters I have had.

I was with my family once, sitting in the priority section of a subway train. Sitting right next to me in the corner seat was an elderly man nursing a one-cup sake. I feared the worst as I know how alcohol can loosen tongues from the numerous nomikais (drinking parties) I’ve participated in. I wasn’t exactly looking forward to displaying my-less-than-perfect Japanese skills in public. 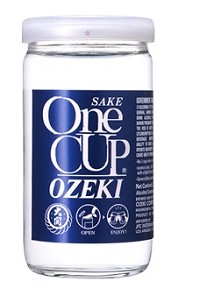 The obligatory “how old are your kids” question came, and I replied, as all decent members of society would. He began sharing about how his grandchildren have all grown up and are no longer fun little kids. Following which, he recounted how one of his grandchildren mistakenly drank detergent once. With that, he told us to be careful and to keep such substances out of reach.

The conversation was already getting dark when he looked me straight in the eye and said this: “Never let your kids play with fire. Bruises and knocks will go away but burn scars stay forever”. As I pondered about the background story to this peculiar message, the train doors opened. The old man made his exit without once looking back. For the rest of the ride, I stared at the one-cup sake he left behind, realizing I would never know.

The above proverb is roughly translated as “willows do not break under the weight of snow”. In order words, yielding is sometimes a better option than resisting. Why do I bring this mini-lesson up? A pair of star-crossed lovers I once met in the subway suffered their fate due to their failure to yield.

I was heading to work at rush hour on a south-bound Nanboku Line, riding the last carriage. Now anyone who takes this route would be well aware of the potential horror that awaits when the train crawls to a stop at Iidabashi station. Well, maybe not the pair of lovers standing right in the middle of the doors that were about to open. To be fair, they did look out of place, clothed in casual attire in a sea of black suits. And they were hugging each other – public display of affection is somewhat frowned upon in Japan and seldom seen.

As the doors were about to open, the male seemed to notice that some people were preparing to leave the carriage. He grabbed the lady tighter and whispered in her ear – probably some macho speech about how he was going to protect her. What he did not know was that practically everyone in that carriage was intent on exiting the train. You see, the last carriage is where the escalators leading to the main connections are.

As soon as the exiting crowd realized that the couple was not intending to alight, they took things into their own hands. The male was ripped away from the female, shouting in surprise before disappearing into the outbound crowd. Somehow the lady lasted a little longer but was eventually swept away by the crowd, without her male protector. How did I survive? There is a safe zone at the end of the carriage at the doors on the opposite side. They never made it back into the train.

I don’t mean the posters about value-for-money niches in a certain columbarium – Japan has an aging population after all. The real oddity was the juxtaposition of the above-mentioned “don’t be a pervert” posters and the following poster: 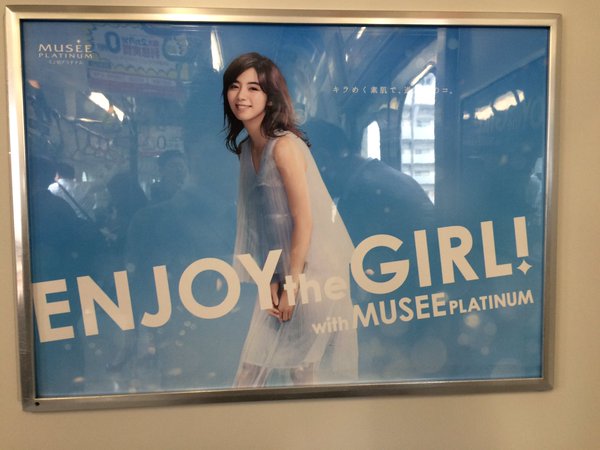 If we go with on our mini lesson format, this would be a good time to introduce 矛盾 (mu jun). This term means “contradiction”. This is a Japanese term borrowed from the Chinese language, and the origin is as such:

There was once a man in the state of Chu, who was selling shields (盾) and lances (矛). He was praising them saying: My shields are so firm, that there is nothing that can pierce them. He praised his lances saying: My lances are so sharp, that there is nothing that they cannot pierce. Someone asked: What if you used your lances to pierce your shields? The man could not answer. A shield that cannot be pierced and a lance that can pierce everything cannot exist in the same world [just like the posters]

In reality, it is symptomatic of a creative industry obsessed with the allure of random foreign catchphrases. This campaign ran for weeks and I even saw the banners flying high in Roppongi. After much protest by the members of the public with higher TOEIC scores, the campaign slogan was corrected with minimal changes. Levenshtein would be proud.

A loud “ORIMASU!” jolts me from my recollection process. I sometimes hear people shout “orimasu! (I’m alighting!)” in a last-ditch attempt to get people to give way. You could try to see if it works when you can’t out-muscle the crowd blocking your way to the exit. I blame the lady who shouted that for the abrupt ending to this article.

The bulk of this fairly truthful article was written while riding the train. Smartphone + Evernote + elbow space on the subway trains makes for a productive ride.

5 Cool Drinks to Try in Japan