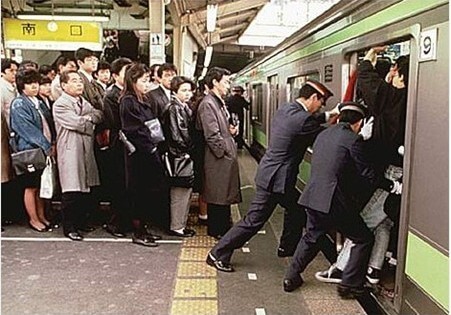 In Japan, the German term arbeit (アルバイト – arubaito, or baito in short) is used to refer to part-time jobs. While there are a variety of reasons why people take up baito, having a unique way of earning money might very well be one of them. Let us explore some of these unique and/or weird part-time jobs found in Japan:

With over 5.5 million vending machines in Japan, you can imagine that space constraint is a big issue. It is not easy to find a legal spot to plant one of these modern marvels and companies are willing to pay good money (up to 20,000 yen in the above advertisement) for successful scouting of placement spots.

With the ubiquity of vending machines comes the many production lines for bottled beverages. Every once in a while, you get an errant bottle that decides to “sleep” on the line and the job of the “drill sergeant” is to promptly wake that very bottle up.

The term sakura (サクラ or 偽客) here refers to a person who is a decoy, and not the famous cherry blossoms (桜). With the relevant social skills or dressing, one can sign up as a part-time wedding ‘guest’ or even as the officiating pastor! These part-timers are sometimes given a nicer title called “hospitality supporters” and are usually used in small weddings. Sakura are not restricted to just weddings, they also appear in official meetings and are sometimes employed to make pachinko parlours look crowded!

In light of the declining number of practitioners of ninjutsu, adverts are coming up in all sorts of places seeking ninja masters who are willing to groom the next generation of ninjas… Well, not really, these ‘ninjas’ are usually hired for entertainment purposes in theme parks.

While inflatable objects often come to the aid of life guards, in this case, the ‘life guard’s’ job is to keep an eye on the advertising balloons (or ad balloons in short) and make sure that they don’t stray.

The news of shops offering “co-sleeping” (添い寝 – soine) packages to customers who want to sleep alongside a lady in pyjamas went viral a while back. The co-sleeper offers services such as allowing you to sleep on her lap, staring deep into your eyes and holding hands while sleeping.

Tales from the Tokyo subway