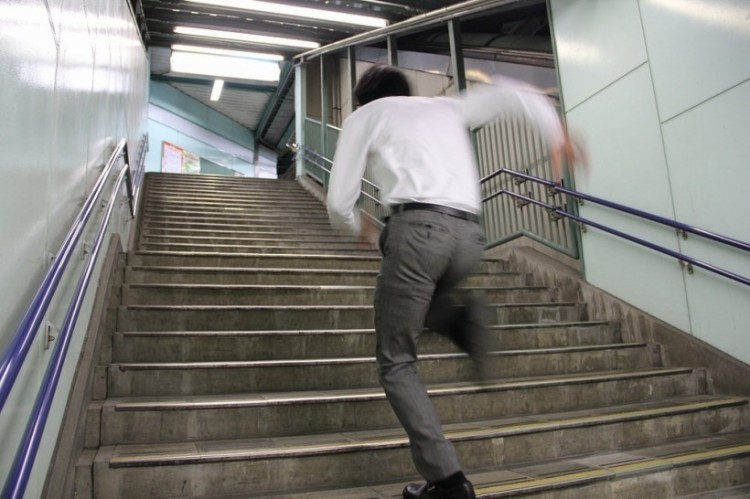 Trains are known to be extremely punctual in Japan. However, no system is perfect and the occasional delay does occur, usually due to accidents, passenger health issues, signal issues or inclement weather. And sometimes, the reason for a delay may be a little different…

A young conductor (21 yr old) was accidentally left behind by the train he was supposed to be performing his duties on. He made full use of his youth and made a 700-meter dash from Kitashinagawa station to Shimbaba station. The resulting delay (while waiting for him) was a mere 5 minutes.

Being in Japan, you can always expect someone to overdo things. And that someone (see image above) put the same platform-to-platform 700 meter dash to the test and made it in 2 minutes 38 seconds.

The screenshot detailing the reason for a delay on the Hanshin Line in Hyogo was taken by a twitter user. Apparently, a dog on the tracks had to be captured and the process took 15 minutes.

And in a similar case at the Skytree Line in Tokyo with videographic evidence this time (by twitter user geji_sister_ik). The conductor seemed to have met his match. If only this had occurred at Kitashinagawa station…

A bunch of the internet’s favourite tubers (the root, not the video maniac) were found scattered over a rail crossing along the Odakyu-Enoshima Line. Announcement was made stating that “there will be a delay as vegetables have found their way onto the tracks”.

Tales from the Tokyo subway