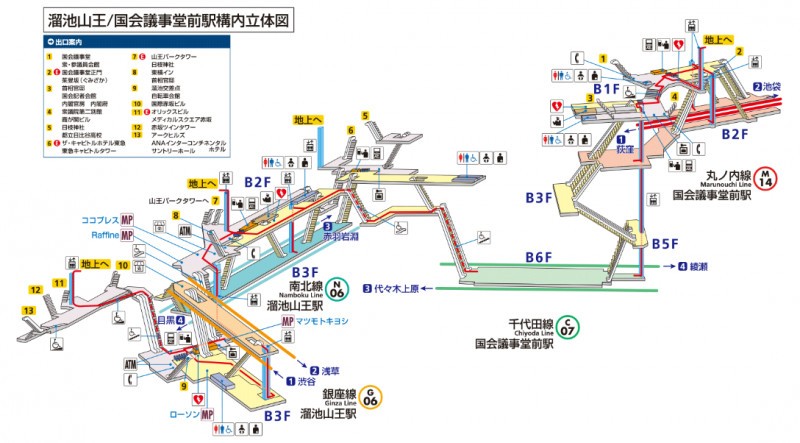 Here is a list of little annoyances and tips to getting around them:

Alright, if you do a route search on Hyperdia or Google Maps on getting from Point A to Point B, you may see something like this: 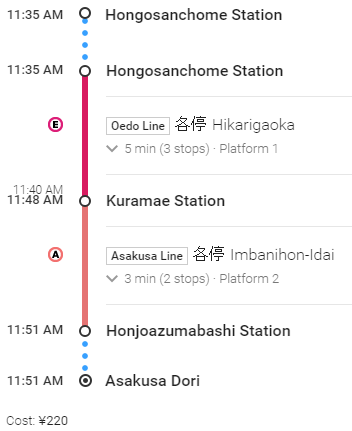 And you may think to yourself: “That’s perfect! I just have to get off at Kuramae Station and hop on to the train on the other platform. Easy peasy.”

The slightly more experienced traveller or Tokyoite might then think: “Hmmm better check to see if the train lines are operated by the same company (as cover in this article). Because if they aren’t I may have to exit a gantry and enter another”. After using the EASI rule (also covered in the link above),  they would conclude that this transfer is safe. Well, it is from the monetary point of view. But here is the catch…

Kuramae station is actually made up of two physical stations! In other words, you actually have to exit one station, head to the surface, cross a road and head to another entrance: 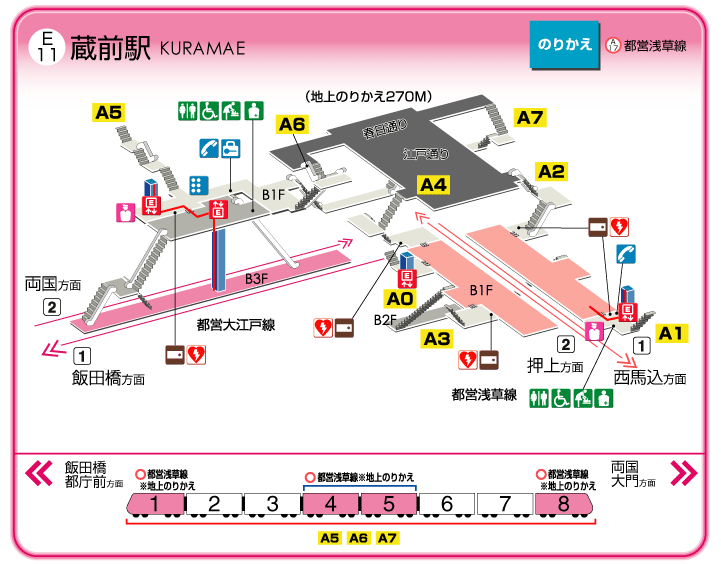 And then we have the opposite issue: stations which have different names but are connected underground with a possibly short walk. It is sort of a good problem, but sometimes you may end up opting for another route because transferring at one of these split-identity stations looks like a troublesome thing (when it actually isn’t).

A few such stations come to mind (there are more of course):

Not forgetting the huge underground complexes of Shinjuku and Tokyo station, with their neighbouring station. In those cases, it is sometimes even possible to walk underground from one station to the next station of the same line!

Lift access is important when it comes to wheelchairs, baby strollers, and huge luggage. Most subway and train stations in Tokyo are equipped with lifts. However, there remains a small subset of stations which are lacking in this department.

There are two possibilities here. It could be that one or more platforms have no lift/elevator access, such as the south-bound platform for the Mita line at Kasuga station (circled in green): 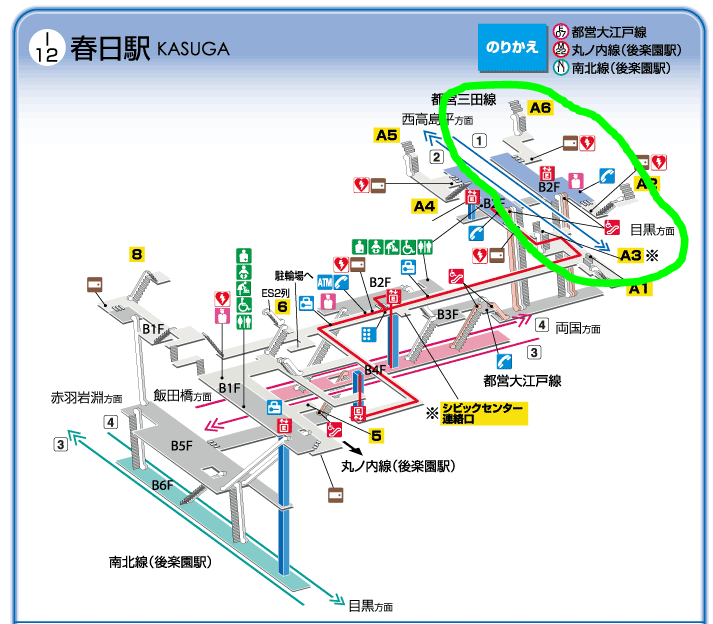 Or it could be that for a connecting route, you cannot get from one platform to another without avoiding taking the stairs or escalator (such as in the case of Tameike-sanno and Kokkai-gijido-mae earlier).