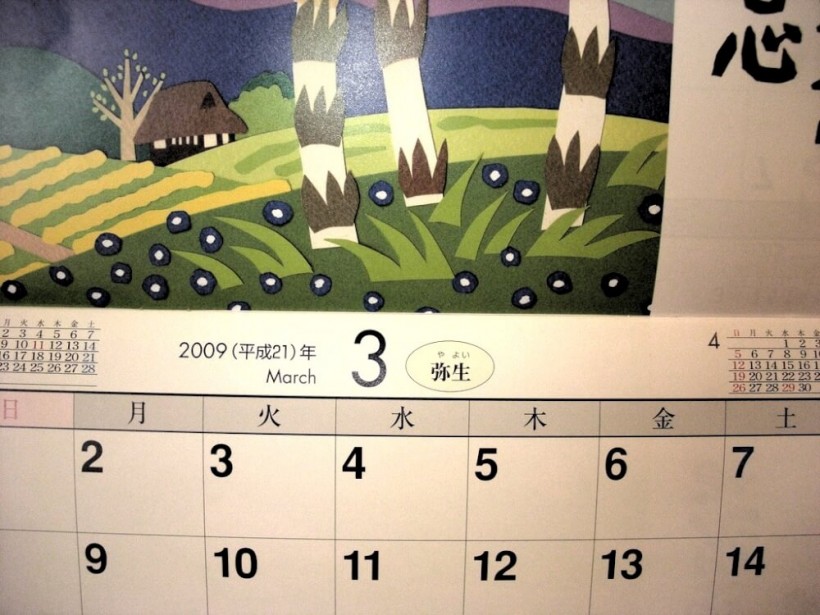 In Japan, there are currently two main calendar systems used, mainly differentiated by the year of reference. What you would already be familiar is the 西暦 (sei-reki – Anno Domini/Common Era) which uses a reference from around 2000 years ago. For example, at the time of writing, we are in 2014 A.D. (or C.E.).

The alternative year reference used in Japan is the 年号 (nen-gou – era name) which is pegged to the reign of the Emperors. The current era is the Heisei Era and this is the 26th year of the current Emperor’s reign, hence 2014 A.D. is the same year as Heisei 26. You may find some forms requiring such a field although leeway is often given even if you write the western year.

However, there exists a slight complication in the fact that the dates generally are not supposed to overlap and the reign of the Emperors do not start at a fixed day in the year. If you refer to the table below, you might already notice that the end of an era and the start of the next era fall on the same year (e.g. Taisho 1 and Meiji 45 both refer to 1912).

So which is the correct reference? Basically, all you have to do is to look at the start date of the era (2nd row), and that would be the day of transition. I.e. Any date before 30 July 1912 is Meiji 45, while anything after is Taisho 1.

If you are looking for dates of holidays in Japan instead, refer to this.

A pictorial guide on sending parcels via JP Post (Yu-Pack)